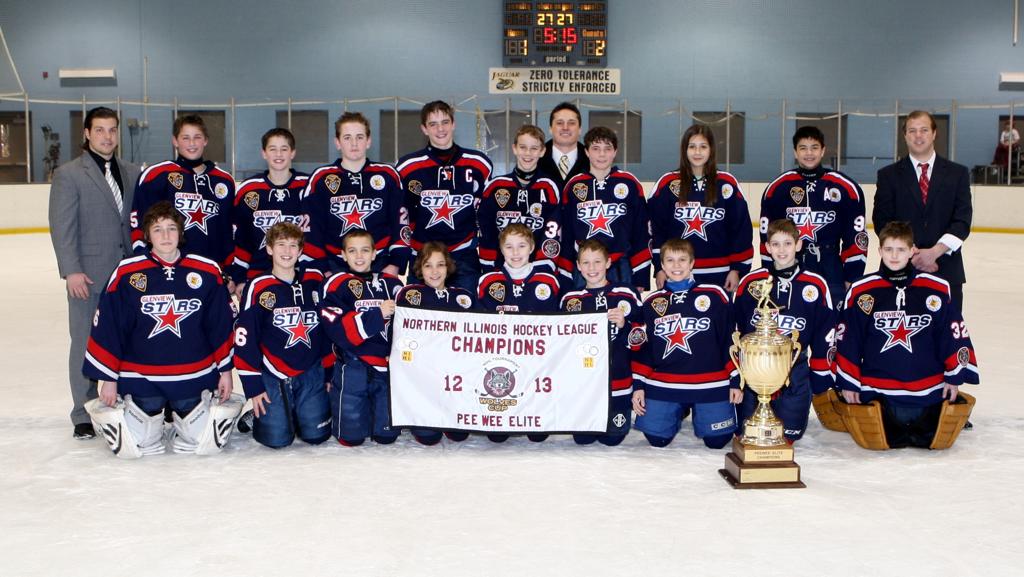 After going down one goal early in the first period, the Stars' Ben Thomas tied the game up in the second period with a beautiful assist from Jack Nimrod.

The game was close the whole way with both teams spreading the ice, putting multiple shots on net, killing penalties and having phenomenal stops made by both goalies. At the end of regulation, the game was tied 1-1.

The overtime was 4 vs. 4 and both teams came out strong fighting for the title. With only four minutes left in the 13-minute sudden-death overtime, Ben Thomas skated up the ice while beating two defenders and scored the game-winning goal to give the Stars the division title.

The Stars entered the tournament as the third seed and went undefeated with a 4-1 win over the Huskies, a 5-1 victory over Bloomington and a 2-0 win over the Bulldogs before defeating the number one seed, St. Jude, for the championship. Ben Thomas was named the game MVP. The Glenview Stars PeeWee Elite team is coached by Tim Benz, Chris Benz and Cody Donash.