7-year old Glenview Stars Mite player Nick Curley is on a mission to skate 100 miles this summer to raise money for the Danny Did Foundation. Nick is about halfway through his 100-mile skate and has upcoming sessions at Heartland Ice Arena and Lake Forest Academy (view the complete schedule here).

An extensive profile and interview of Nick aired on Comcast SportsNet on Thursday, Aug. 23, 2012 (see below).

Nick is skating in memory of Danny Stanton, who died at age 4 from Sudden Unexpected Death in Epilepsy (SUDEP). His parents Mike and Mariann Stanton created the Danny Did Foundation in 2010 to prevent deaths caused by seizures. The foundation aims to advance awareness of Sudden Unexplained Death in Epilepsy and enhance the SUDEP communication model between medical professionals and those affected by seizures as well as mainstreaming seizure detection and prediction devices that may assist in preventing deaths caused by seizures. 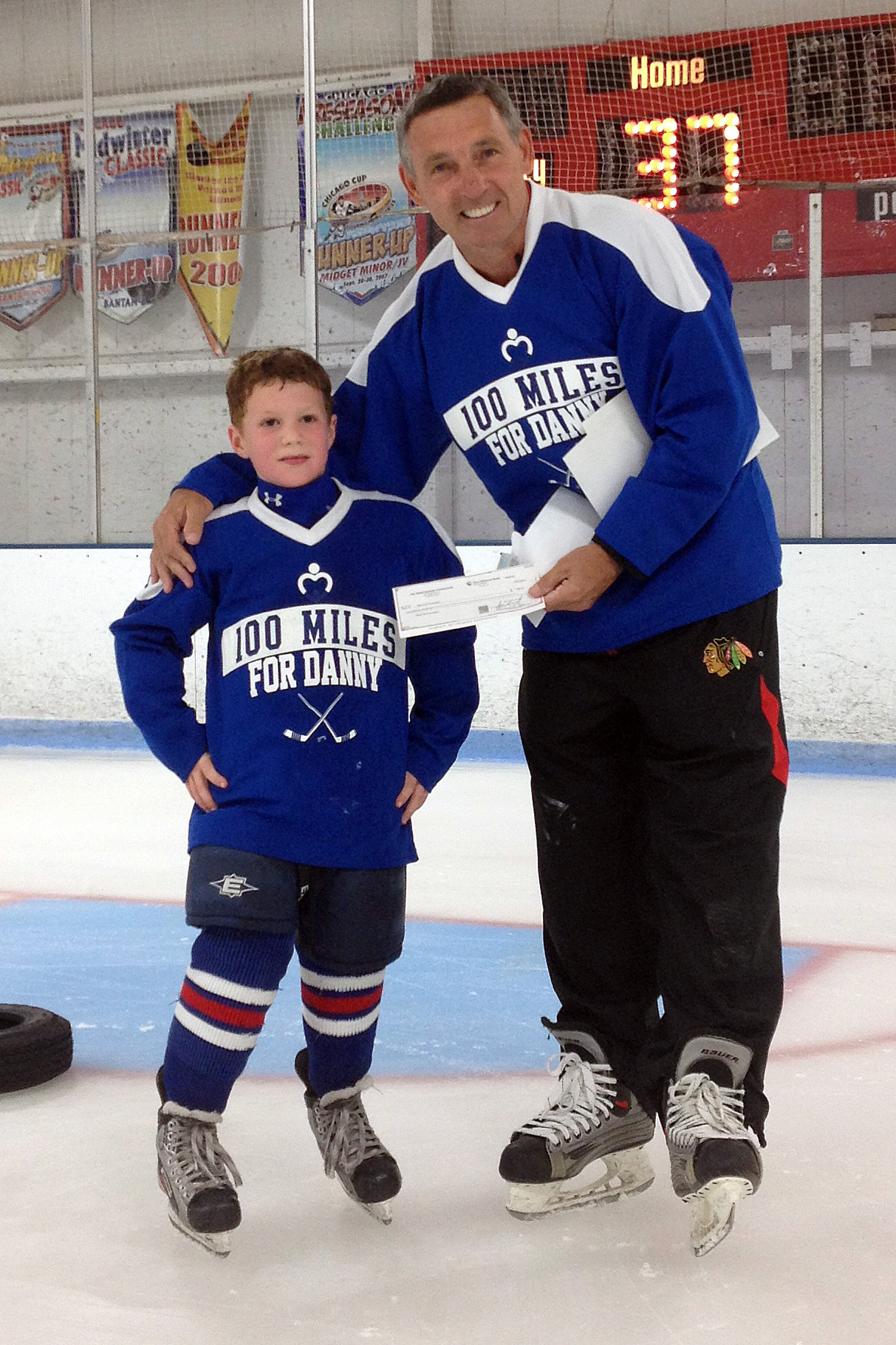 Glenview Stars Mite Nick Curley is joined by Chicago Blackhawks Ambassador Denis Savard at a recent fundraising skate for the Danny Did Foundation.