As many of you may have heard or have seen via Northern Illinois Hockey League’s (NIHL) website and social media posts on Facebook, Twitter and Instagram, they have announced that they are introducing a new league level, Premier Select, beginning in the 2021-22 season. This level will be the highest level of Tier II hockey in Illinois.

NIHL’s Premier Select level will provide an opportunity for any team based on birth year to compete against each other and for the first time have the top Tier II teams play against each other. The introduction of Premier Select offers the top level of competition within the NIHL structure itself by implementing a seeding round for the teams to compete against each other, compared to an arbitrary and political selection process that CSDHL has used. Since, NIHL’s Premier Select level will be the top Tier II league in the State of Illinois, the Stars Program will not be submitting a 2021-2022 application for any birth year for CSDHL. Lastly, based on the recent developments, we look forward to welcoming back many players based on the two-choice program established under AHAI.

Qualifying for this level will be based solely on a team's on-ice performance through a seeding round or based on the previous year's finish (after year one). Teams will be based on birth year, periods will be longer, and the new level of play creates an opportunity to play against the best Tier II competition in Illinois. The Glenview Stars have decided to embrace this offering, not only for the competitive benefits, but because it is guided by a transparent and fair process for determining who qualifies.

This new offering more closely aligns with the community hockey club model we've long supported. Removing the mystery of the selection process behind the highest levels of Tier II hockey in Illinois allows all teams to determine on the ice the level at which they deserve to play. This Premier Select level will provide an opportunity and a fair process for our players and families; some of whom in the past have felt they needed to leave the club to pursue the highest levels of Tier II play.

As with any new change, we recognize that many of you may have questions about this development. As such, we have provided an FAQ below along with some of the NIHL and Blackhawks social media posts.

The Glenview Stars are extremely excited to be participating in the top Tier II program in the State of Illinois, as we continue to develop all of our players throughout the Program!

The Glenview Stars Board of Directors

3. Will we still have the opportunity to compete against all clubs during the AHAI State Tournament at the end of the year?
Answer: Yes.

4. Will we be able to scrimmage against Central States teams throughout the year?
Answer: Yes, as we have done this year with many teams, increasing (or decreasing) our level of competition through off league games is common practice.

5. For which age levels is Premier Select an option?
Answer: The NIHL Premier Select division will be offered beginning at the Squirt age level continuing up through at least the Bantam age level.

6. What birth years will join Premier Select next year?
Answer: As of this time, given discussions with our Hockey Director and other hockey staff we believe it is best for the Stars to attempt to qualify and play only at the Major levels of Premier Select. This will allow us to assemble the best possible roster whether it consists of Majors only or Majors and Minors as almost all of top teams do year in/year out. We believe that given the current size and depth of our organization it will be the best opportunity to qualify as many teams as possible at Premier Select.

7. How was this decision informed and determined?
Answer: As with all of our important decisions related to the playing of hockey, we leaned heavily upon Sylvain as well as our Hockey Committee (which is made up of former high-level players and coaches) to thoroughly review the pros and cons of the new league level. Additionally, we participated in early discussions with NIHL as the structure was being developed and continued to participate in ongoing meetings and direct conversations with the President of NIHL. We also believe, if NIHL carries through with the rules proposed for participation in Premier Select and the other levels of NIHL that CSDHL will cease to exist in the current form within three years.

8. Will this change impact the Girl’s or Junior Star’s Mite Program?
Answer: This change will not have an impact on either program. The Girl’s teams will continue to play in the NIHL Girl’s leagues with the continued option to play the NIHL Youth level at U12 and U10 as determined by Girls Hockey Director, Nick LaValle and acceptance by NIHL through the application process. The Mites will continue to play in the CUHL which is the premier league for Mite level hockey. 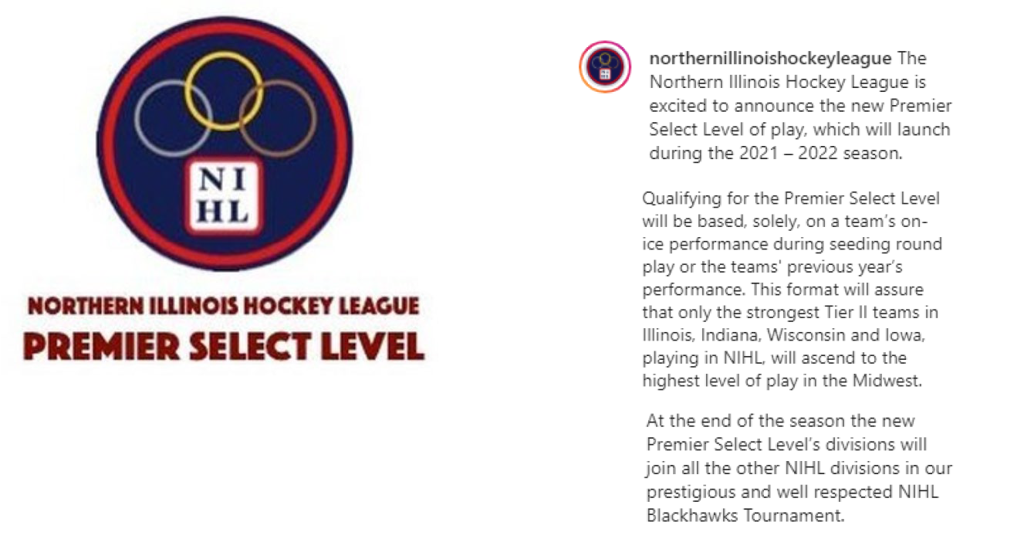 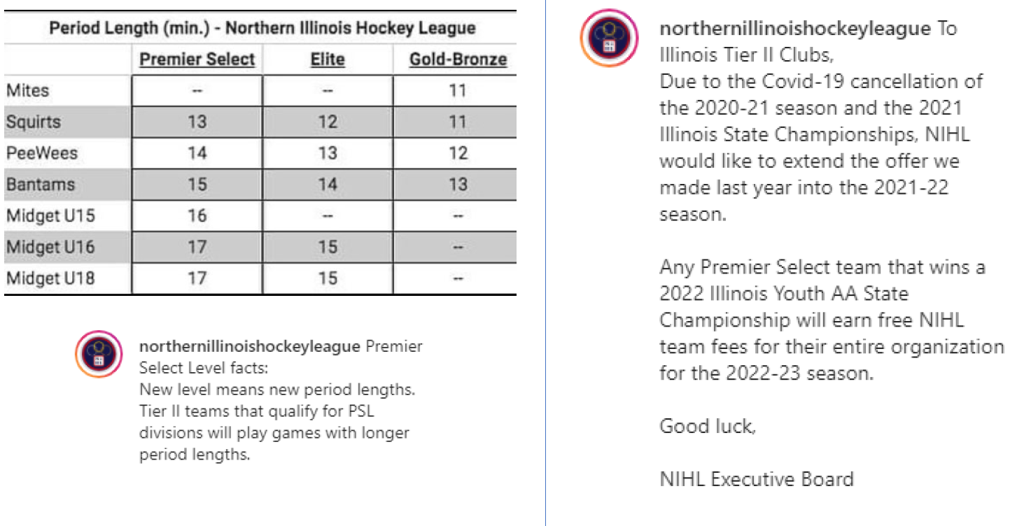 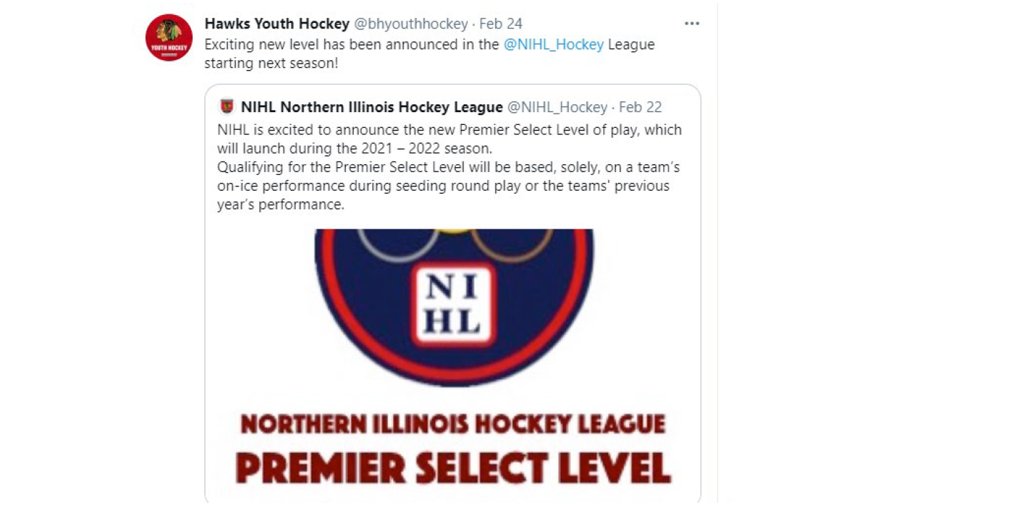